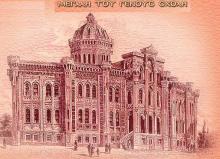 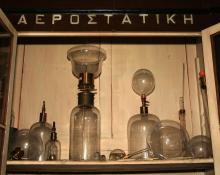 The Great School of the Nation (Μεγάλη του Γένους Σχολή in Greek) known also as Phanar Greek Orthodox College is of exceptional significance, especially for the Greeks of Constantinople. Founded to serve as the Patriarchal School in 1454 by the Patriarch Gennadius Scholarios (its first principal was M. Kamariotis). It has operated continuously to this day, except for a small interval in 1821.

Among the graduates of the School are patriarchs, hierarchs, dignitaries of the Ottoman Empire, and politicians of Greece. The school was renamed “The Great School” in 1825 and was housed in various buildings in Istanbul. Eventually, in 1880, the current building was established (known as the "Red Castle"), designed by Constantinos Dimadis, and classes started two years later. The money required was raised mainly by the banker G.Zarifis, Ananias, the Abbot of Vatopedi Monastery and the Monastery of Iberian. Other significant contributors were the wealthy benefactors S. Stefavonik, E. Eugenides and A. Syggros. Today the Great School operates as a secondary school, which is attended by Christian citizens of Turkey, mainly of Greek and Syrian origin.

When the School moved into the present building, many scientific instruments were purchased. This shows the great importance that the diffusion of knowledge had for the bourgeoisie of that era. Unfortunately, today, after a long and difficult period that lasted several years, many of these instruments are not in good condition and they need extensive maintenance. Furthermore, the absence of archives makes it difficult to identify and record them. Today the collection of scientific instruments has a total of about 130 instruments and devices.